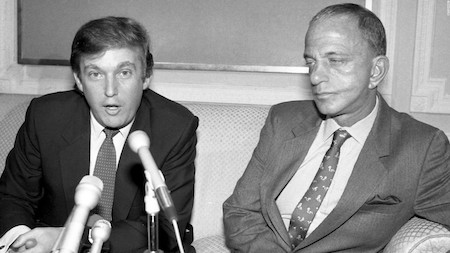 Extract from This Is Not America, published July 20th by Biteback Publishing.

November 10th, 2018 – (…) What kind of America had just elected Trump? And who was the real Donald Trump: the ideologue or the pragmatist? And what were the underlying causes of America’s existential crisis, its polarised and deeply divided society?

Donald Trump came from the outlying borough of Queens, from a suburban neighbourhood called Jamaica Estates. He grew up in a spacious house on a tree-lined hill in this little enclave of Queens, the son of wealthy real estate broker turned property developer named Fred Trump.

Trump, unsurprisingly for a kid from Queens, had a chip on his shoulder about the glamour and social acceptance of Manhattan’s Upper East Side. It was not so much an inferiority complex as a drive to arrive, a desire for acceptance. Even though he was driven to a private school in nearby Forest Hills in one of his father’s chauffeured limousines, he felt he had not arrived. He might have been from a wealthy enclave, but it was still Queens, an outlying borough, and his father might have been a rich property developer, but he was still an outsider. Jamaica Estates was a very white neighbourhood in Queens, and as Trump’s father put up apartment buildings elsewhere in the borough, he found himself accused of racial discrimination. Donald started his career working for his father Fred Trump.  Both father and son, Fred and Donald Trump, were accused in the 1970s by New York prosecutors of refusing to rent or sell to black people, a charge the Trump family has always denied. The court records from the 1970s show, however, that they paid settlements to avoid any admission of guilt.

In the 1970s, Queens was the location for what was for a time America’s most popular television show, a dark comedy called All in the Family. The programme featured a bigoted and racist white man without a college degree who was named Archie Bunker. He lived in a working-man’s house in a working-man’s neighbourhood. And where did he live? In the Queens section of New York. Today, Donald Trump is President of the United States after having run an electoral campaign steeped in the language and mind-set of Archie Bunker’s Queens. So among the many influences that shaped and formed the young Donald Trump, he happened to grow up in an area of New York City steeped in racism and bigotry, an area where each new immigrant group becomes the lowest rung on the social ladder in the great American melting pot.

To put it in social terms, Manhattanite snobs tend to use a disparaging term for New Yorkers from outer boroughs like Queens and Brooklyn and Staten Island and for those who live across the Hudson River in New Jersey. The term is ‘bridge and tunnel’ crowd, meaning people who can only arrive in Manhattan by physically travelling over a bridge or through a tunnel under the Hudson River or the East River. It is not uncommon to hear a New Yorker say, ‘Let’s not go to that restaurant, or bar on Saturday night because it is going to be full of bridge and tunnel types.’

In 1971, three years after graduating from college, at the age of twenty-five, Trump finally shed his ‘bridge and tunnel’ skin and moved into an apartment on Manhattan’s Upper East Side for the first time. He was about to take over his father’s company. He was aiming to make it in Manhattan. The suburban outsider from Queens had arrived.

‘I was a kid from Queens who worked in Brooklyn, and suddenly I had an apartment on the Upper East Side … I became a city guy instead of a kids from the boroughs,’ Trump writes in The Art of the Deal.

To understand Donald Trump, one needs to understand the importance for him of penetrating what he perceived to be the inner sanctums of the very power elite that as a politician he has railed against. The word arriviste refers to someone who craves applause and social acceptance because they have arrived. In New York City, Donald Trump has always been considered an arriviste developer from Queens. He has been pretty much shunned by old money and by old families, as seems fitting for a man who has shamelessly sold the public on the glories of his money-making, a man who for decades has showcased his own gaudy lifestyle as a model of conspicuous consumption. In Donald Trump’s world, opulence is a value and the more something shines, the better it is.

To understand the aggression in Trump’s rhetoric, in his public persona, in his sometimes shrill and hysterical outbursts, it is helpful to understand that among his early mentors back in the 1970s was a hugely controversial lawyer named Roy Cohn. Back in the 1970s, Trump was the rambunctious scion of a real estate empire, a young developer anxious to leave his mark on New York. Roy Cohn was a legendary fixer, a ruthless lawyer who had served as the chief counsel to Senator Joseph McCarthy’s anti-Communist witch-hunts, a dark period for America if ever there was one. Cohn was now serving as a mob consigliere, with clients including ‘Fat Tony’ Salerno, boss of the Genovese crime family, the most powerful Mafia group in New York, and Paul Castellano, head of what was said to be the second largest family, the Gambinos. The two men met by chance one night at Le Club, a hangout for Manhattan’s rich and famous. Trump introduced himself to Cohn, who was sitting at a nearby table. He asked his advice, specifically about how he and his father should handle allegations from the US Department of Justice that they had been discriminating against black people by denying them rental apartments.

‘My view’, Cohn told Trump at the time, ‘is tell them to go to hell and fight the thing in court.’ He also counselled Trump that when somebody comes at you with a threat, the best response is to hit them ten times harder and scare them away. Cohn helped Trump beat the US government accusations of racism in 1973, and went on to become one of his most important mentors, helping him in legal battles and marital affairs and introducing him to some of New York’s leading power brokers and socialites. The Cohn method, which Trump adopted, was a very simple formula for beating your adversary: attack, counter-attack and never apologize.

So it was not surprising that Roy Cohn would join Trump and New York Mayor Ed Koch at the glitzy October 1983 opening of Trump Tower on Fifth Avenue, complete with Donald’s palatial triplex penthouse, his own personal Versailles. The property was located right next to the legendary Fifth Avenue flagship Tiffany store. The 58-storey building featured a six-storey atrium lined with imported pink marble and an eighty-foot waterfall. It was pure opulence. The luxurious skyscraper building attracted well-known retail stores and celebrity renters and brought Trump national attention for the first time. (…) 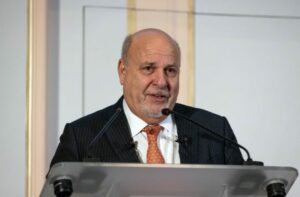 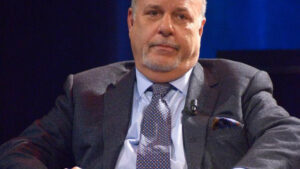 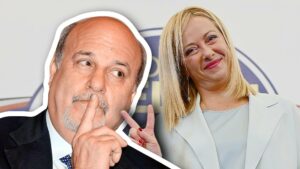 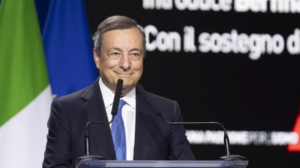